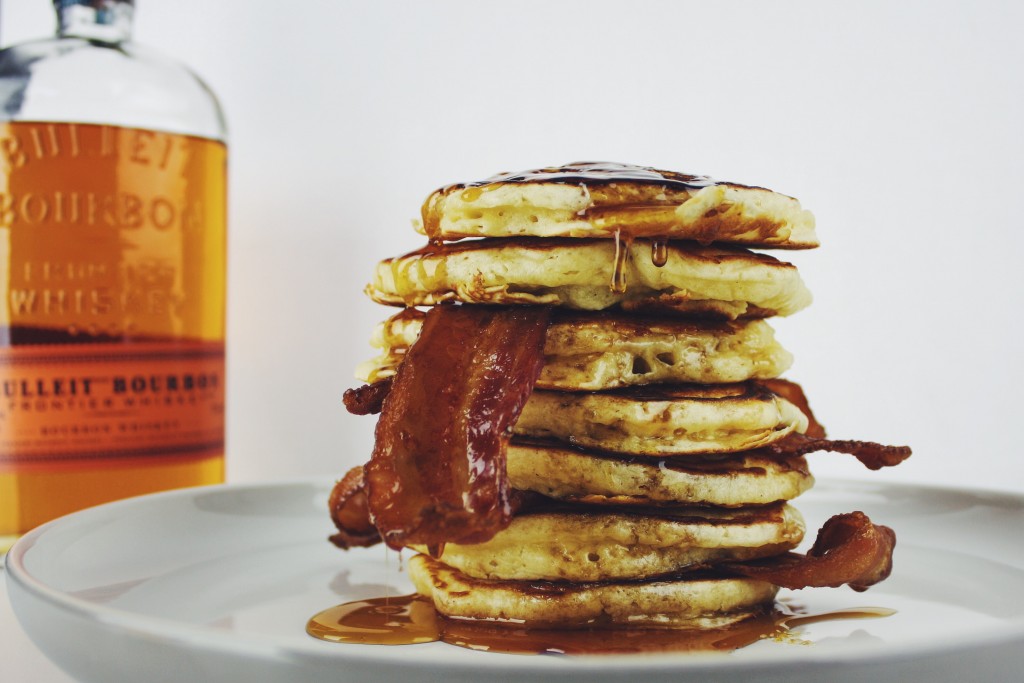 Nothing says brunch like a giant stack of pancakes. Whether you like to eat them with berries, chocolate or, in this case, bacon, pancakes are an easy way to make breakfast something special.

These buttermilk pancakes are light and airy on the inside with a nice caramelized char on the outside. They’re stacked high with crispy bacon between them and then doused in bourbon-maple syrup. I used to always cook my bacon in a pan, but ever since trying it in the oven, I haven’t gone back. There are a few reasons for this.

Firstly, it’s easier and cleaner. Secondly, I think it comes out way better; it gets perfectly crisp and doesn’t curl.

That perfect bacon is one of the things that make these pancakes so great. The other? Bourbon. These pancakes are basically just an excuse to start drinking before noon. The syrup is made by combining some maple and a little (or a lot) of bourbon. While you’re at it, you might as well throw a little in your coffee too. 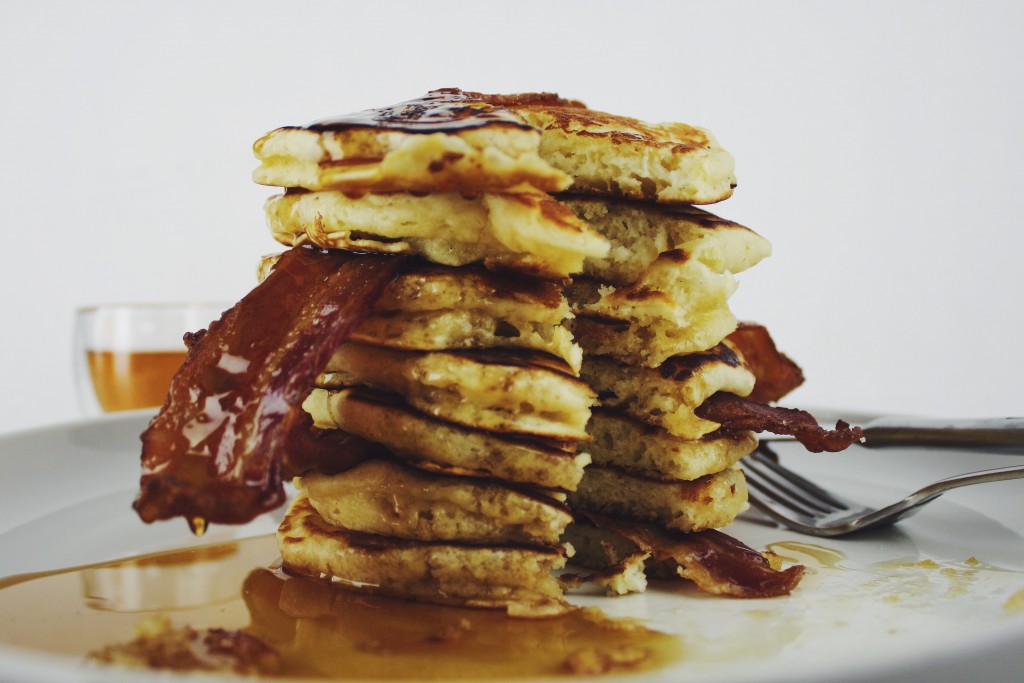